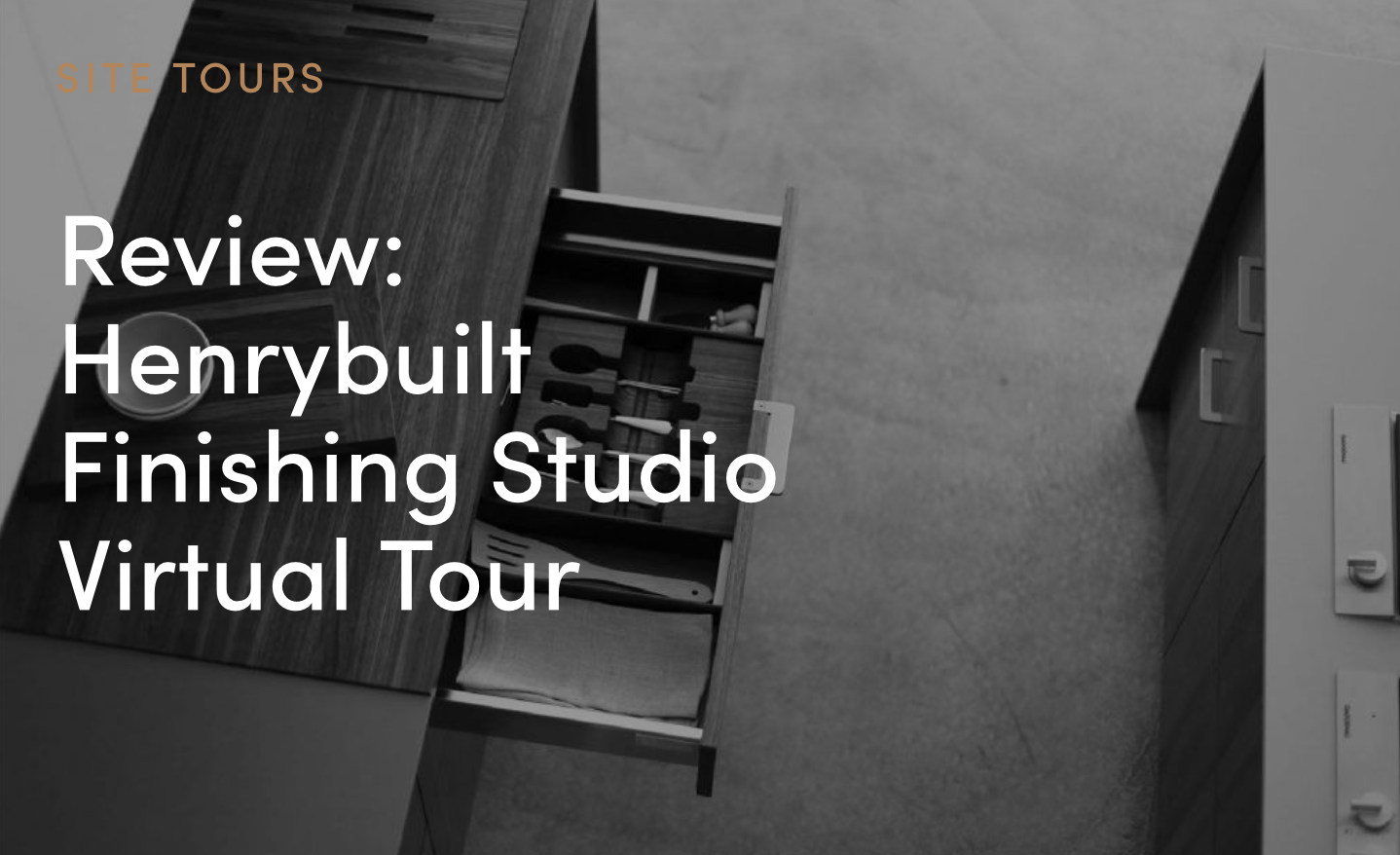 When it comes to kitchen finishes, creativity can be boundless in concept, but its execution must be weighed against several important factors – such as consistency, durability, sustainability, maintenance and cleanability. For this virtual site tour, Henrybuilt’s Co-Head of Production, Allen Breaux, walked guests through his methodical and thoughtful approach in developing expert finishes for Henrybuilt’s discerning clients.

Allen Breaux leads Henrybuilt’s production team in Seattle. He is a finishing expert with 25 + years experience finishing everything you can imagine. While attending art school for printmaking, Allen fell in love with chemical processes involving copper, zinc, and limestone (favorites included nitric, hydrochloric, and phosphoric acid, all used for lithography or intaglio etching). After art school, Allen started working for Boxart in New York City (a premier art shipping company) where he met many of the artists he had been studying in school. He quickly decided to start a spray finishing company that could offer art services for artists, including developing public art finishing solutions for the likes of Robert Indiana, Jasper Johns, Robert Rauschenberg, and Ellsworth Kelly, to name a few. In 2015, Allen left NYC for Seattle and went to work for Henrybuilt to build a spray finishing dept. Since then, he has helped to re-define the companies’ finishing specs and offer the finest finishing systems available.

Molly has spent much of her career at the intersection of design, color, heritage, and care. Before joining Henrybuilt as VP of Marketing, she held senior marketing roles at Farrow & Ball and Pantone, including redesigning Farrow & Ball’s flagship LA showroom and leading the global marketing team on the Pantone Color of the Year program. At Henrybuilt her work continues to expand the company’s product line and geographic reach.