From the Design Entrepreneur: An Obsession with Brutalism Makes a Great Cup 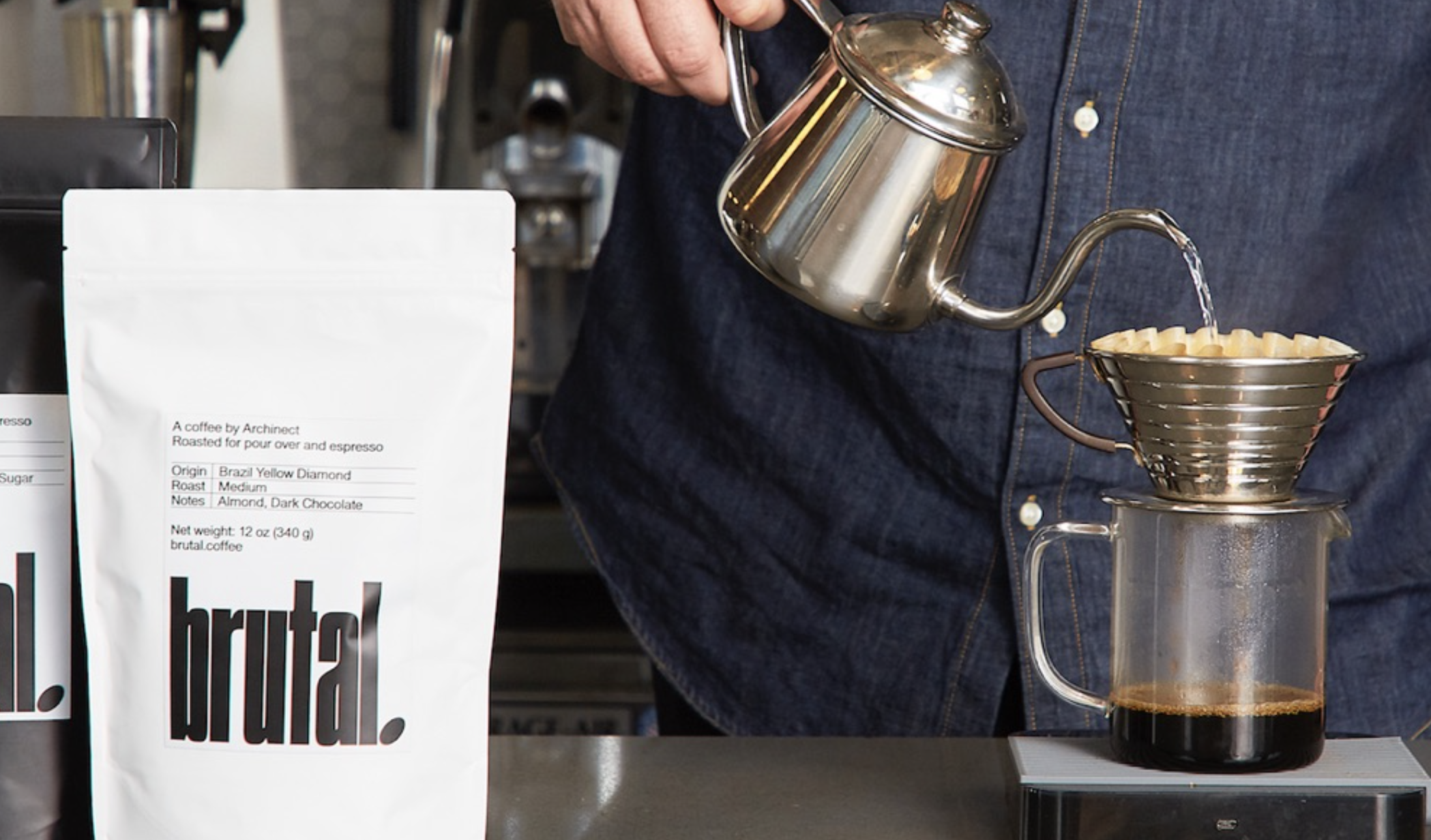 We were so amused by the name of the Brutal coffee brand that we saw launched on Archinect recently that we had ask the site’s founder, Paul Petrunia how he came up with the idea. While seemingly whimsical, it turns out the brand and the coffee product are the result of a studied design process in collaboration with Yeekai Lim, the well-loved founder of the much loved “Third Wave” and L.A. based coffee enterprise, Cognoscenti Coffee.

B&W: The first thing I want to know about is how you came up with the name. It’s clever, nerdy and “architect-y”, but it’s also great branding.

PP: It has been this dream of mine for a long time to do something in coffee. During the recession, I always had this idea in the back of my head if the architecture field imploded I would jump into some type of coffee business… my “Plan B.”

When I first started thinking of names, I immediately just started seeing Brutalist imagery in my head, and the name “Brutal” kind of popped up at a subconscious level. The most common response from people has been “oh…. Brew-tal!” like brewing coffee which was actually never my intention, but I guess there is that double meaning.

B&W: I think of long nights in charette, and you need coffee to survive them.

That’s something that pops up in my head too. The architecture industry is a pretty brutal industry and a brutal education. It all made sense to me in that way.

This dream I had about creating the coffee was really a design exercise as well: how to brand coffee in a different way that made a direct reference to architecture, specifically Brutalist architecture. As soon as I thought of “Brutal” I started seeing certain typefaces and graphical approaches. So that was another thing that pushed me towards the name.

This dream I had about creating the coffee was really a design exercise as well.

PP: I actually didn’t start drinking coffee until my daughter was born in 2006. I’ve always loved the taste of coffee but caffeine always had an adverse reaction with me. Being sleep deprived with a newborn baby clearly changed that body chemistry. Once I started drinking coffee, I became really obsessed. I immediately bought an espresso machine and a good grinder, and started obsessing over how to make the perfect espresso. In that process, I began sampling all of the local roasters. At the time Intelligentsia had just moved to L.A. from Chicago and introduced this whole new Third Wave style to the city which has now completely saturated Los Angeles as it has with most cities.

My palate became a little more refined and my personal preference in coffee became more specific. I started realizing that there were not that many roasters creating the kind of profile that I was specifically interested in, which was not as bright as a lot of Third Wave roasters were producing — a trend in my opinion. I was looking for something that had more depth that would kind of work really nicely in espresso — my preparation of choice — with and without milk.

I described this to Yeekai, and that’s when our collaboration really began. We started tasting the coffees from the different regions that he was carrying in his shops. I would give him feedback, and I leaned on him to source some beans that would fit this profile. We ended up deciding on the Guatemala Ceiba and the Brazil Yellow Diamond to launch the brand.

They are both single origin. The Guatemala is described as having tobacco, plum, cane sugar notes, and the Brazil has Almond and dark chocolate notes… which really does come through quite clearly.

B&W: It sounds like these coffees can span from an espresso to a pour-over to a cold brew.

PP: Exactly. That was actually one of the original requirements that I mentioned to Yeekai. I wanted to go with something that was going to be versatile and can be equally good regardless of the preparation.

Maybe it’s that war on truth that we’re experiencing right now in the world that is drawing people more to Brutalism as an undecorated form of art.

B&W: Yeekai is quite a celebrity in the coffee culture in L.A. He’s also a former architect. How did you guys connect?

Yeekai is extremely talented in the coffee field. He does come from an architecture background, and that’s how I first met him. He actually pursued my “Plan B”. When the recession came, and the architecture industry was completely destroyed, he just moved right on to coffee…. and did such an amazing job — starting out very small with a coffee cart and eventually turning Cognoscenti into a little coffee empire.

B&W: Do you think there’s something about your training in architecture that you take into whatever your enterprise is?

PP: I studied architecture, but then immediately after school I started a design firm, and my area of specialty was always web design, and I always saw the similarities between architecture and web design. And now I’m seeing a lot of similarities between coffee and architecture. The same way that architects obsess over the details of a building, people that really love coffee do it with coffee. And there are so many different layers to it when it comes to sourcing beans, roasting beans, grinding, preparing, and then serving coffee. So the arc of preparing coffee is something that I’m really interested in.

In L.A, a lot of the coffee startups and more established institutions that are doing well also have a really fresh and unique environmental and graphic design that I think goes hand in hand with appreciating good coffee.

B&W: Brutalism is having a resurgence lately. Why a renewed affection for what was disliked for so long?

PP: Perhaps it’s because it is such a contentious style that people tend to disagree about and people tend to take sides on. People these days are putting their foot down more culturally and politically about what they believe is good and what they believe is bad. As I’ve said before there’s a lot of rawness and honesty in Brutalism whether or not you like the style of it. Maybe it’s that kind of war on truth that we’re experiencing right now in the world that is drawing people more to Brutalism as kind of a undecorated form of art.

B&W: What is it about architects and coffee?

PP: There’s two different aspects to how architects relate with coffee. One is that it’s a very demanding field that starts out being very demanding in school so I think people start to develop a dependency on caffeine! And two, architects can appreciate the finer details of a well crafted product and I think really good coffee fits into that description. I usually see architects that I recognize at my favorite coffee shops around town.

B&W: Will there be further collaborations for Brutal?

PP: There’s a guy here in L.A. who runs a coffee shop — and I believe he has a PHD in chemistry or something like that — and he creates these really interesting coffee drinks. So I’ve been thinking it would be really fun to collaborate with him creating interesting cold brews that we could bottle.

I can’t claim to be an expert in coffee. That’s not what I’ve devoted any part of my professional life doing. That being said I love coffee, and so I’m very much interested in exploring more ways of collaborating with others and leveraging other expertise in ways that can bring innovative ways of presenting coffee to people.

B&W: As a brand, are you going to keep it low key or grow it by leveraging Archinect?

PP: It’s really just a side project. But yes, it makes it much easier to launch a coffee brand having a very large built-in community of architects that tend to drink a lot more coffee than the average person.

I’ve been trying to do at least one type of side project experiment every year. Last year we started a magazine that we’re still publishing called ED. The more excited you can stay at work the better product that you can create. I tend to get bored pretty quickly and easily; so I’m always looking for some way of taking advantage of the opportunity I’m in with a built-in audience to try out new things.

PP: It’s the kind of thing that if it stops being fun then I’ll stop. It’s fueled by fun right now.

Paul Petrunia is the Founder of Archinect — the first and longest-running online platform for the architecture industry. 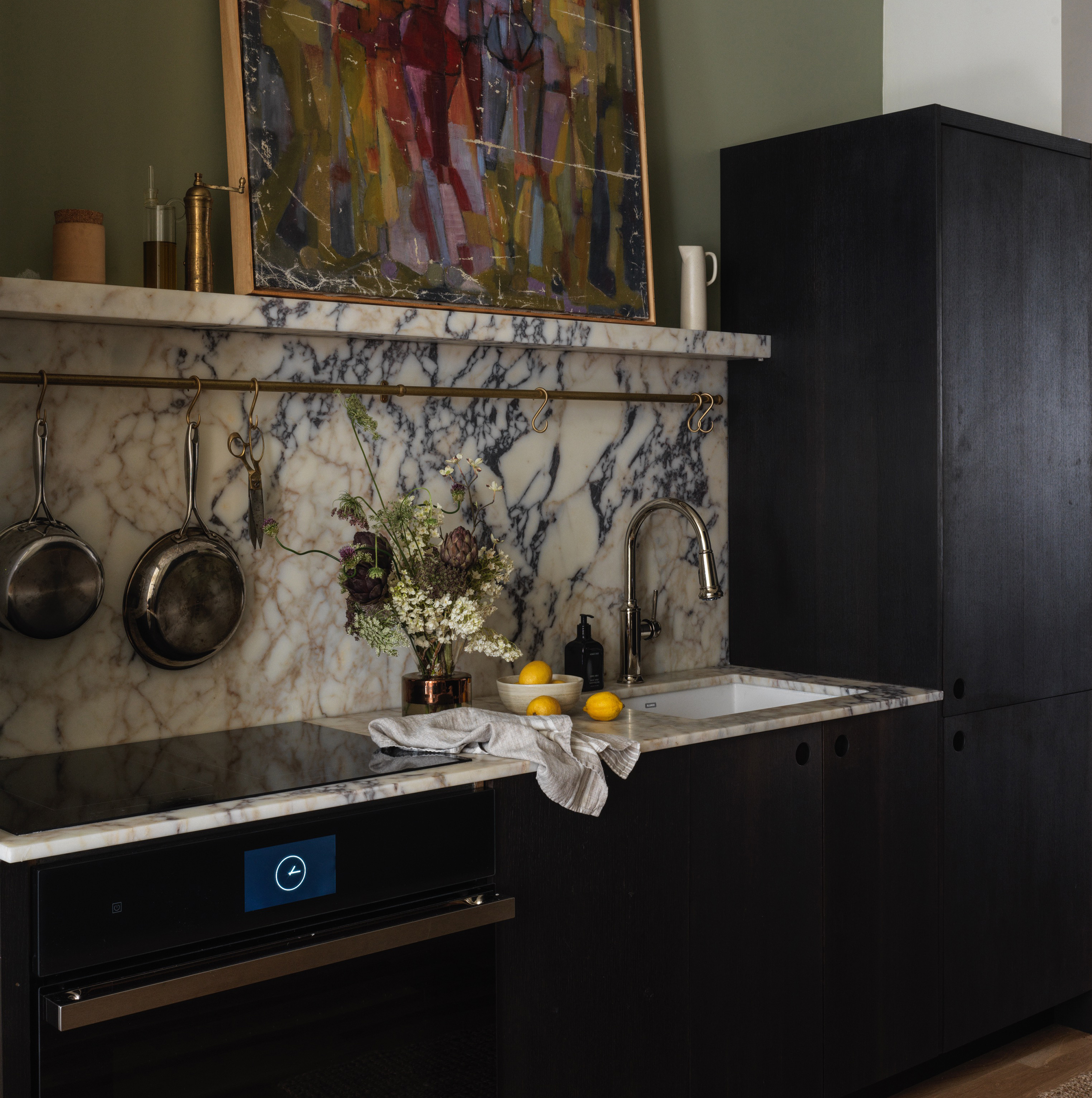