The Nature of Design 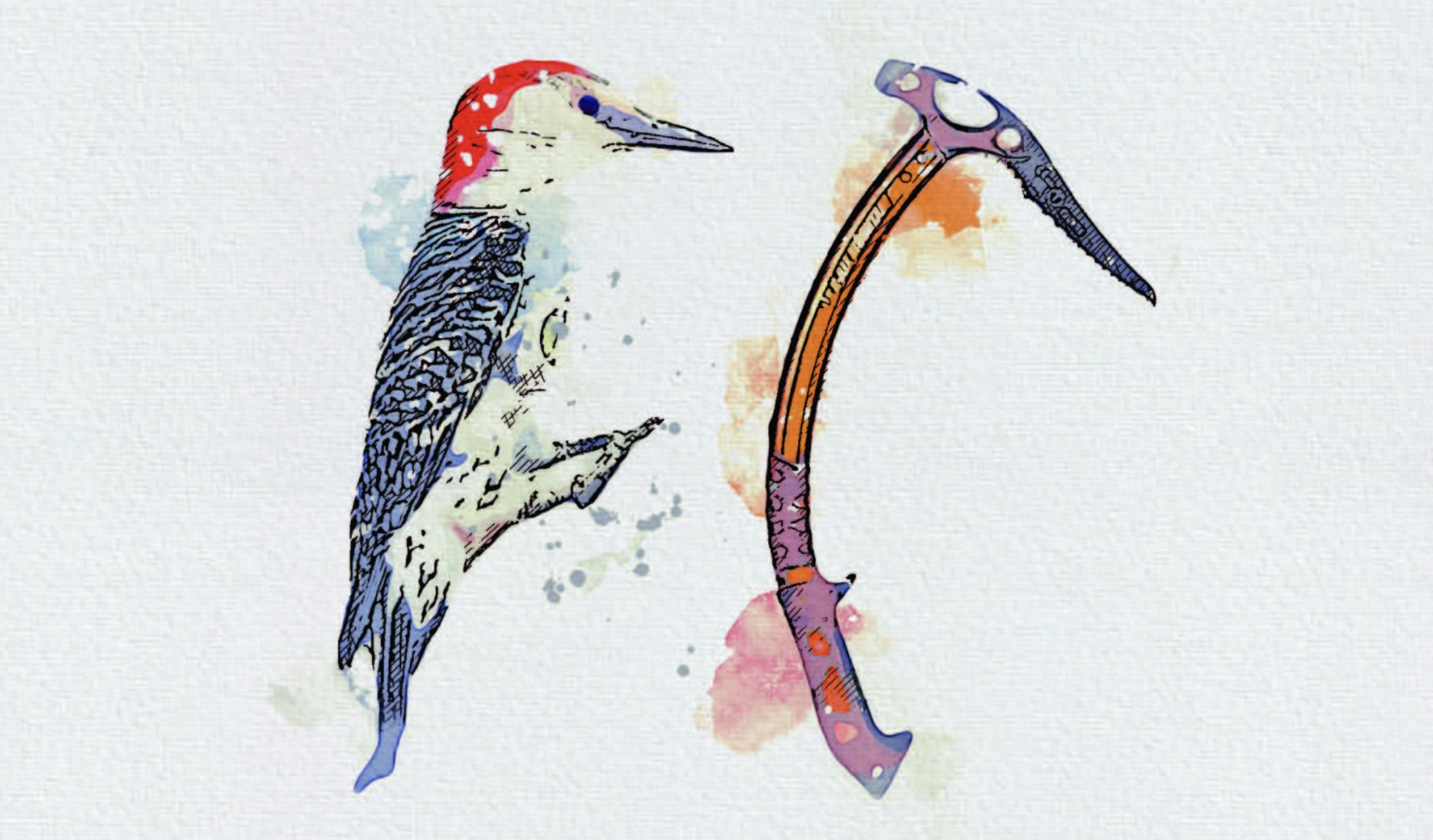 “Animals, plants, and microbes are the consummate engineers,” says Janine Benyus, author of Biomimicry: Innovation Inspired by Nature. “They have found what works, what is appropriate, and, most important, what lasts here on earth.” And yet, we’ve mostly been blind to this brilliance. We’ve plundered nature like pirates when we should have been looking, listening, like junior partners. We could have had elegant green solutions to intractable human problems; instead, we’ve got apocalyptic fires and biblical floods.

So in our ongoing conversation about conscientious design and the toxic effects of indifference, let us celebrate how the genius of nature has led to ingenious solutions.

Take the mighty woodpecker. After studying its ability to chisel tree wood with 25 forceful hits per second, designer Franco Lodato devised a better ice pick axe for mountain climbers. He noted the woodpecker’s entire body is designed to support the hitting movement, so his creation mimics that with an inner core of titanium, into which an adjustable aluminum point is attached by a hinge. Then he gave the handle a slight curve, just like the woodpecker.

Or take the vortex flows of nature. Jay Harman of Pax Scientific studied the Fibonacci series, the mathematical basis of the nautilus shell, and created an exhaust fan half as noisy and three-quarters more energy efficient.

Nature has spun a dazzling color palette across the earth employing nothing more than light reflecting off structures, rather than actual pigments.

A Japanese manufacturer imitated this with a fabric called Morphotex. The fabric’s color comes from light filtering through 61 layers that mimic the design of the wings of a South American butterfly. The intense color is achieved without chemicals or nasty metals such as cadmium or chromium.

Nature also inspired the Speedo Fastskin (love the name!). Heavily influenced by sharkskin, this swimsuit is made from Teflon coated Lycra and greatly reduces drag and overall water resistance. At the Sydney Olympics in 2000, 28 of the 33 gold medal winners wore this homage to the shark. Although the suit was one of the top five sports innovations of the decade, it was banned when FINA, swimming’s international governing body, concluded it had an unfair influence on an athlete’s performance. Speedo made it too good.

Sometimes to design with nature means to design into nature. The mind-blowing Westin Los Cabos Resort and Hotel, by Mexican architect Juan Sordo Madaleno, sits like a work of nature itself, its curving sandstone forms blending masterfully into the red and brown desert cliffs facing the sea. Rumor has it that during the humpback whale’s winter hideaway in Cabo they actually swim closer to shore near the hotel because the structure is camouflaged to them by its design. And, of course, there’s Velcro. The ingenious fastener was invented by a Swiss engineer who, while on a hunting trip in the Alps, wondered how the heck burdock seeds managed to cling so tenaciously to his dog’s fur. He mimicked the seeds’ tiny hook and loop mechanism and the rest, as they say, is history.

What’s next? “We have only begun to tap into its genius,” says Ms. Benyus, referring to nature’s R&D lab. That’s a genius with a 23-billion-year head start on us. But take heart, my designer friends: It’s in the market for inventive partners. High time we made that shift from pirate to partner.